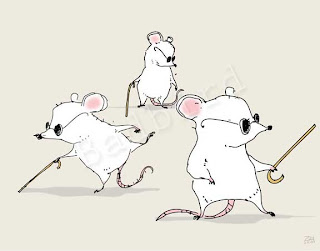 In the past week, as I rode the NYC subway, I have given my seat up for:


And these are only the incidents I can recall.

The point of this list is not to brag about my amazingly compassionate nature or to pat myself on the back, God forbid. I hardly think of myself as saintly or extraordinarily considerate for my deed.

The point of this is to state that, in each instance, I was surrounded by scads of seated people, many of them much younger than me.

There were groups of loudly giggling girls. There were packs of tough young guys. There were people of my age in professional attire. There were young women in lycra with yoga mats on their laps. There were tourists and natives alike; parents with children, couples, solitary riders.

And while many of the aforementioned people were thoroughly (and disturbingly) captivated by some electronic device (iPad, iPod, iPhone, etc...) therefore oblivious to anything around them, many were not. Some stared stolidly ahead of them. Some stared stonily at the person in question who unquestionably deserved a seat more than they, or would at least have appreciated the offer to sit.

In each instance I waited a count or two just to see if anyone else would react. In one instance, that of the visibly exhausted middle-aged woman (just a few years older than me, I think) I worried that my offer might offend, so I let two or three stops pass before I spoke out. Yet in each instance, my offer of a seat was gratefully accepted.

Even though it's been a while, I well remember the subway blindness syndrome that suddenly afflicted my fellow passengers when I was pregnant, remember staring down teenage boys and girls, to no avail. (It was my freelance observation that the teen girls were the absolute worst, followed by youngish professional men.)

I remember holding onto a pole or strap with my belly practically in someone's face, yet somehow invisible.

I recall the profound gratitude that swept over me when a seat was offered.

Like littering and seat-hogging and loud cellphone conversations in public and cab stealing, subway blindness syndrome really gets under my skin. It is a selective affliction, of course, a willful obliviousness, a defense, an excuse, a reason not to compromise one's comfort.

It makes me want to yell, to shake my fellow riders out of their selfishness, to don a prophet's robe and preach from a hilltop or street corner or subway platform.

Instead, I react by example, hoping that someone else is paying attention and feeling shamed -- or inspired -- into giving up their seat next time...before I do.
Posted by Shira Dicker at 3:29 PM

Keep leading by example. You never know how many will be cured of their subway blindness the next time they are given the opportunity.

Thanks! Funny but right after I wrote this blog, a friend came over to me at kiddush and basically recounted the same situation....but in a shul setting. Now THAT is totally sad!