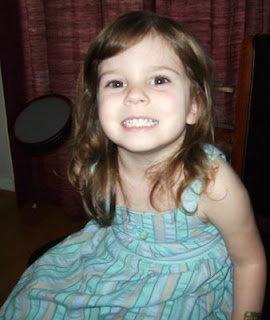 Big Babe turns 24 today and shortly, I will Skype him to wish him a Happy Birthday.
He is somewhere in Serbia, at some meshugganeh Gypsy musical festival, hoping to sell a story to the International Herald Tribune, or the New York Times or the European edition of the Wall Street Journal.
When we spoke yesterday, he was flush with excitement. Though his base is Berlin, from where he reports on culture for a variety of publications, the past two weeks have taken him to Hungary and Serbia on buses, trains and probably, unbeknownst to me, on hitchhiked rides.
This is the exact time in his life to do such things, to find cheap or free places to sleep via couchsurfing.com, to meet up with your friends from New York in Belgrade cafes, to pitch stories about such cultural happenings as Jewstock, which took place in a Hungarian field that seems the Eastern European equivalent of Yasgur's farm.
And so, shortly, I will try to track him down to let him know that I am thinking of him and missing him on his birthday.
My eldest child.
Who is living out my own personal fantasy: living the life of the footloose, writer-at-large.
But as I note the date and lose myself in happy rumination of the thrilling adventures my son has undertaken, I also feel moved to mark another birthday, a tragic birthday, belonging to America's most famous missing toddler.
Tomorrow would be Caylee Marie Anthony's third birthday.
I will not rehash this riveting, horrible case right now. If you've been living on Mars for the past month or have been caught up watching Paris Hilton ragging on John McCain, you can check your choice of news media to catch up, and I would start with the Orlando Sentinel, Caylee's hometown paper. Check it out at http://www.orlandosentinel.com/.
The latest news in the case, though, is significant. The investigators have gone public with the fact that there is not a single truthful detail in all that Casey Anthony, Caylee's 22-year-old mother, has told them.
The string of lies is breathtaking in its chutzpah. Read the search warrant and you get clammy palms knowing that the police are tracking a child killer, building a case by ensnaring her within these arrogant, emphatic statements. If I was more tech-savvy, I would link to it here, but you can find it online easily. Just Google it.
And as the investigation spread to Casey's parents, it has become dismayingly clear to me that the irritating, narcissistic grandmother Cindy is playing some part in the child's disappearance. I found myself falling asleep last night trying to figure out just what that role was.
While I am usually drawn to missing persons cases, the Caylee Marie Anthony case has obsessed me beyond any reasonable measure. Reading blogs and comments on various news sites, I see that I am hardly alone.
And I think I know what accounts for my obsession.
It is this:
When you are a mother, your mental well-being is utterly dependant upon your child's well-being. A popular saying states, "You are only as happy as your unhappiest child."
The nonchalant, casual attitude Casey has displayed throughout the investigation regarding the so-called disappearance of her child is the most incrimination evidence there is to link her to the child's death.
Yes, the DNA results will cement the link, the bags of evidence being removed from the Anthony home will build an airtight case, but every mother in the world knows that if your child is in peril, you are a complete and utter wreck.
Like me. On Monday of this week.
When I got an urgent text message from Big Babe traveling in Serbia.
Spoke to him for 2 minutes and then lost reception.
Found out during that time that his bank account had been cleaned out and he was on a bus in Serbia without a cent to his name.
And then spent 2 hours trying to connect with him unsuccessfully via email, phone and text messages.
Until an officer at the American Embassy in Belgrade, where he went for help, contacted me and let me know he was okay. Told me where we could wire emergency funds.
On Monday morning of this week, 4 days before Big Babe's 24th birthday, I was reduced to a barely-functional, hysterical wreck of a human being. I could barely work. I kept running to the bathroom. I called HOBB repeatedly and yelled at him to help me locate Big Babe. I avoided speaking to my parents because I did not want to tell them what was going on. I feared they might get physically sick.
My child was in trouble and I did not have a moment's peace.
It is the end of the week. Big Babe has his emergency funds and seems to be okay. Though I admire and applaud his adventures, I must be frank and state that I am kinda uneasy about all the traveling he is doing in Eastern Europe. The truth is that I'd love him to announce that he decided to come back to New York. And his younger sister, my beloved Middle Babe, is giving me shpilkes big time as well. She's studying in South Africa, at Rhodes University in Grahamstown, middle of freaking nowhere.
She's having a great time, but if I go a day without a text message for email from her, my mind creates all kinds of terrible scenarios.
The point of this is that Caylee Marie Anthony will celebrate her third birthday tomorrow. In heaven.
We know this before the DNA results confirm the child's death.
We know this because while Caylee Marie Anthony went "missing," her mother hardly missed her.
Posted by Shira Dicker at 7:32 AM 1 comment: