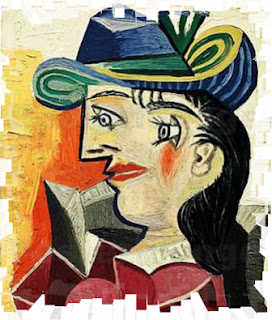 Two weeks ago, after returning from a business trip to Las Vegas, I felt a sharp pain in the left side of my back while getting out of my car and knew that something dramatic had befallen me.

The sensation was alarming. Over the next few days, a thought became lodged in my mind -- my body is broken. Heeding the alarm, I decided to investigate.

One trip to the Emergency Room and several exploratory doctors' visits later, I learned that my childhood scoliosis had quietly progressed over five decades so that not only was my spine woefully twisted, but my left ribcage painfully lifted, my neck unnaturally extended forward, the muscles in my middle back rendered useless, a nerve pinched, my sacrum jolted out of alignment...and a host of related complications had developed.

Left untreated, said Dr. Liu, the intuitive acupuncturist, palpating my back while I yelped in pain, people like me often end up confined to a wheelchair. While pressing and prodding several points on my back, he asked me about other, less painful symptoms and was thoroughly unsurprised when I told him of my excessive thirst, my frequent bathroom visits, my rushes of overwhelming heat, my thyroid medication.

Dr. Liu drew the connection between spine and bladder, hormones and health. He located the origin of my thyroid condition to the hypothalamus. He asked if I had been forgetful lately (I had). He asked me if I noticed that my hands were cold, despite my hot flashes. (I had not). He praised my energy and penchant for exercise. The good news, he reassured me, is that by first healing the pinched nerve and balancing the body and then strengthening the back, I could regain my health.

I nearly cried at his optimistic prognosis. Growing up with a mother who had a chronic back problem, who had surgeries and wore special metal braces and was restricted in her activities, I could not bear the idea of being similarly afflicted. Indeed, my childhood athleticism, my penchant for riding bikes and climbing trees and jumping off high walls and the roofs of garages was a defiant refutation of her and her physical limitations.  My vigorous tomboyishness was yet one more way in which I, her adopted child, was fundamentally different from her.

The pain-free adulthood I had enjoyed thus far seemed my birthright. While I watched friends, my husband, my sister and strangers cope with back problems, I clucked in sympathy, all the while feeling smug, boastful and secretly superior.

Yet while laying on Dr. Liu's examination table, I recalled two instances I had conveniently banished from memory: physical exams wherein doctors had noted that my scoliosis was significant, expressing surprise that it had not been corrected in childhood.

The defect was there all along. Reveling in my body's wholeness and strength, I ignored it and now I was broken.

Did I want to regain my health? Dr. Liu asked, peering seriously at me.

Yes! I replied. Yes and yes and yes!

Then you have to listen to me, he said.

Though it sounded rhetorical, Dr. Liu's question was a serious one. Did I want to regain my health? Of course I did!

But what this meant was following his advice and taking the rigorous treatment seriously. Not only the needles, but the massage and the electrical muscle stimulation. I have now had three sessions. The treatment is exhausting, difficult yet transformative.

The prospect of partnership made me nearly giddy with joy. This quest is an essential one in my life. I seek partnership creatively and spiritually. I believe in Buber's I and Thou paradigm for a human-God relationship. I crave collaboration in work and friendship. My entire life has been spent seeking a true yedid nefesh -- soulmate.

In partnership with Dr. Liu, I have consulted a spine specialist whose findings confirm his. In the manner of females the world over, I have begun sharing my story with friends and hearing their stories in return, getting names and recommendations, learning about the benefits of swimming, special shoe inserts, vitamins, Feldenkrais, Alexander Technique, special pillows.

During my first session with Dr. Liu, I knew I had walked through a portal of self-discovery that would yield insights about much more than my body.

I understood that the imbalance in my spine and skeleton was metaphorical.

It is truly my life that is out of balance.

The crisis of the discovery of my degraded scoliosis is a grand opportunity to address that imbalance.

Last night, HOBB accused me of being obsessed with my back problems, boring him with endless conversation about it. I admitted that I was obsessed but found it an utterly compelling topic.

Just yesterday, as I stood in the office of the spine specialist, I told him that I always had a sense of my body as lopsided, that I recognized myself in Picasso's cubist depictions of women.

"I am a Picasso Woman," I said, while he measured my hips, the rotation of my neck, the extension of my arms and legs. The young doctor paused, considering my words. "The imbalance of your spine is the problem. The pain is just a symptom. Most people only seek relief for the pain without addressing the real problem," he said.

I am a Picasso Woman and this moment of crisis is a portal to self-discovery, a new palette for a beautiful and complex and possibly painful work of art.
Posted by Shira Dicker at 7:30 AM 4 comments: