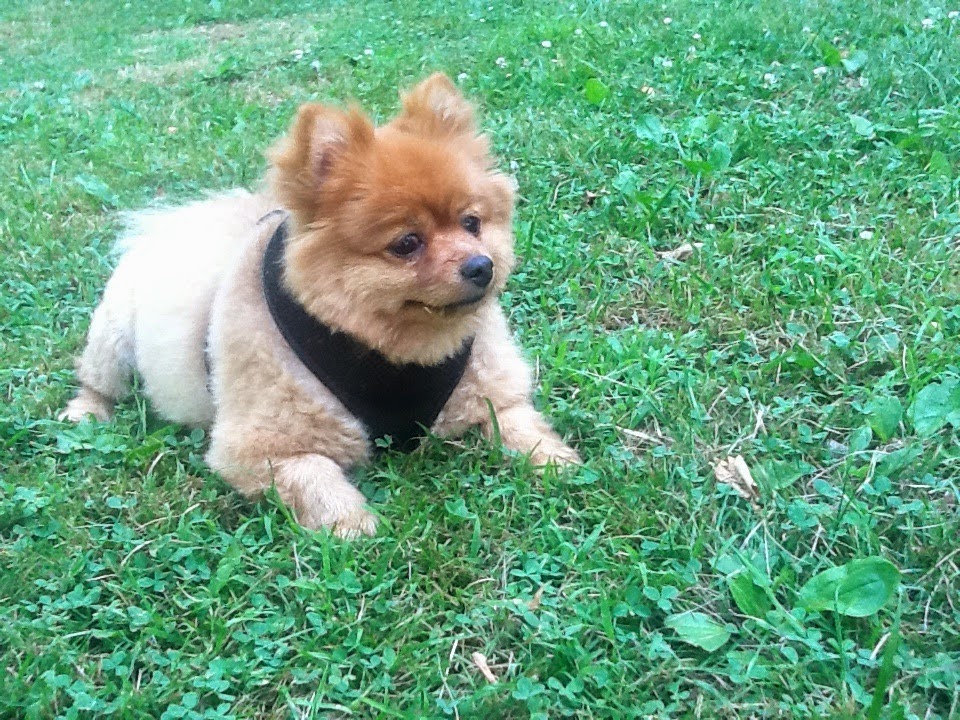 Last night, at the launch event for Ari's new book at the Corner Bookstore in NYC, the conversation turned to dogs because someone had shown up for the event with her surprisingly well-groomed and behaved pooch.

The discussants included friends of mine who were newly single in mid-life. We spoke about the spirituality of dogs and their function as social networkers.

"If you want to meet new people, just get a dog," I advised, recounting the numerous instances of new (and mostly fascinating) people I have met while walking Alfie and Nala the Pomeranians in Manhattan.

Single people meeting through dog-walking is a charming subplot for many a film but as a much-married woman, the surprise benefit for me has been in the number of deep and resonant conversations I have had with other women while we stroll with our pups along Morningside Drive.

And by other women, I am not talking about friends.

I am speaking here of people I have never met before in my life.

It starts with a friendly introduction by our respective dogs -- butt sniffing, jumping, playful interaction -- and half an hour later I am on my way home, marveling at the spontaneous human bond that was just formed.

I am trying to understand how it happens. My dogs stop to play with another dog, invariably that of a woman. The owner and I exchange casual pleasantries and inquire about each other's pooches. I ask a leading question or two. I get a feeling.

Then I throw out a question and we are off and running.

Today is a perfect case in point. The power of the sunshine lured me outdoors even before my dogs thought to beg for a walk. I nearly skipped down W116th Street to Morningside Drive, half-blinded by the radiance. Moments after arriving there, a young German Shepherd appeared, accompanied by a woman with a colorful paisley frock.

Even after our dogs settled down with one another, we chatted.

It was like being served a delicious entree without the boring appetizer.

We Facebook friended each other before parting. I felt lucky to have been thus connected to a fascinating stranger who is not so strange to me after all.

As I walked home I thought further about our conversation and concluded that I owed part of our connection to the power of sisterhood, that eternal bond that women have with one another; the compulsion to connect and compare life stories and grow from one another.

It is a gift when it happens and I own the fact that I am a proactive pursuer of connections, seeking to share, believing in the commonality of human experience and my own intuition.

But credit must be given to the secret agents of social networking so I thank my furry little friends for enabling this instance of solidarity on a sunny Friday morning on Manhattan's Morningside Heights.
Posted by Shira Dicker at 9:46 AM No comments: