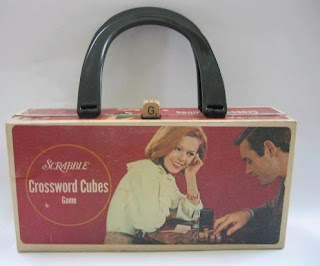 In 12 hours from now, HOBB and I will be piling into our black Honda with Little Babe and lots of luggage -- a suitcase, knapsack, electric bass and traveling amp for our youngest son, who is leaving on a five-week teen tour to Israel and two densely-packed carry-ons for our own three-day trip to Madrid.

Which is why I don't understand my wakefulness at this particular hour, when I should be catching up on important pre-travel sleep so I'm not a total psycho at lift-off.

It could, of course, have something to do with the two strong cups of Zabar's French Italian coffee downed at 9 pm which were ingested to overcome the effects of the margarita I had two hour earlier. The margarita, customized with cranberry juice, tasted tangy and delicious sipped beneath the trees outside of my bungalow which immeasurably enhanced my experience of slogging through Alberto Moravia's Two, an aggravating novel in the form of a man's ongoing struggle -- and conversation -- with his penis.

And my post-midnight industriousness is rendered even less mysterious given the fact that the past two hours were spent knocking out a computer virus that appeared like a malevolent magician's rabbit on the laptop that had lain dormant for over 36 hours in deference to Shabbat.

Of course, during my computer's lengthy scanning process, I reread Little Babe's Bnai Brith Youth Organization's Trek Israel information packet on the table oh, about three times. Which inspired me to obsess over some minor items we still need to buy between now and 4 pm, not to mention the fact that my youngest child has never been away from home for more than a week's time.

But now as a welcome fatigue overtakes me, worry gives way to a ruminative, creative flow of thoughts and, unbidden, a word pops into my head.

It characterizes a decision I recently made -- but didn't realize it until this very moment -- to play Scrabble exclusively with HOBB.

With the possible exception of our children or Pomeranians. On rare occasions.

In deference to the hour, I will simply state that despite attempts to adapt an inclusive policy over the past 27 years, I end up wanting to murder most everyone who joins my Scrabble game with HOBB.

The reason is clear -- the dead serious, do-or-die, kill or be killed competitive vibe that fuels our competitions is completely defused the minute an outsider joins the game.

Particularly an outsider accustomed to breaking classic Scrabble rules or one who endlessly wisecracks or gossips or eats crumbly food over the board or sings Broadway tunes or offers unsolicited word assistance or -- sin of sins -- makes up words.

I am hardly joking when I say that I have to surreptitiously undertake Lamaze breathing to avoid a violent confrontation with the interloper.

Of course, HOBB and I aren't unique in having a personal history with Scrabble. Millions around the world do, which is why the game has global bestseller status. Our own Scrabble story began during our dating days when we hauled the set to Central Park on Shabbat afternoons and played on a blanket for hours. When we became engaged on a Friday night in June of 1983, our secret engagement -- embargoed to the outside world until Shabbat ended -- deliciously played itself out through a lengthy game of Scrabble, which felt as illicit as sex in a public place.

There is a special relationship between Sabbath-observers and Scrabble that has to do with the Shabbos-friendly nature of the game and the creative solution to keeping score without writing -- typically resolved by employing books of at least 300 pages and bookmarks.

My own childhood and pre-marital life was gloriously Scrabble-filled, with the vast majority of games having been played on Shabbat afternoon...and occasionally on Friday night. My nephew Daniel was a national Scrabble champion when he was a little boy. Well before his seventh birthday, he was making seven letter words, beating the pants off of me. Next to him, my late Grandma Dorothy remains the most daunting Scrabble opponent I ever met, followed by my Aunt Irene whose matches against my cousin Rena -- her daughter -- mirror the mojo I share with HOBB.

When I played with Irene and Rena, I was painfully aware of being the interloper, the unwelcome outsider. Of course, they never said a word and graciously tolerated my developing Scrabble skills. It is from this mother-daughter duo that I model my cosmic, cut-throat dynamic with HOBB.

Indeed, there have been Scrabble tournaments between the two of us where I am sure that G-d is keeping score, pitting us against each other, weighing our respective moral worth, asking us to compete for the coveted role of His favorite, an honor granted to the player with the coolest, cleverest words, the best strategic moves, the most points.

And when a third or fourth party joins this arena, it throws our private universe into a sense of cosmic disharmony.

So, friends, family members and loved ones, from now on, Scrabble games between me and HOBB are off-limits to you. After practicing an open policy, we are adapting Scrabbleogomy. We might engage in Scrabble flings with others, but the hottest Scrabble action is reserved for us alone. Just so ya know, we will be joining the mile-high club later today by having a quickie aboard our Iberia flight to Madrid.

We hope you will understand. After all, it's for your own good.
Posted by Shira Dicker at 3:34 AM 3 comments: 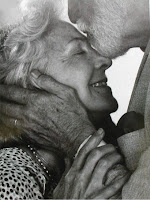 The Love Shack sits on the edge of the woods that surround Walton Lake and form a natural border for the Flats -- the lower level of Rosmarin's, the Catskills bungalow colony we've attended for the past sixteen summers.

Rosmarin's and our bungalow, #10B, has been the subject of many blog postings and articles of mine; indeed, it inspired the name of this blog.

I've written about the joy of opening the cabin up for the season, the magic of the open vistas -- especially for space-starved urbanites -- the peculiar society of the bungalow colony, our summer friends, our children's and dogs' country adventures, the quiet of a bungalow night, the glory of Shabbat in nature, the privilege of having nursed Little Babe beneath a great and leafy oak, my watchful, worshipful relationship with the summer moon, the scary thrill of walking outside in the middle of the night, bungalow intrigue, bungalow memories, bungalow dreams.

In the late nineties, a visiting Manhattan friend -- more at home in the Hamptons than Monroe, NY -- noted our happiness and wryly dubbed our bungalow the Love Shack.

About seven years ago, the designation became official when HOBB surprised me with a beautiful wooden sign, which now hangs on our front door.

So the Love Shack it is and we have taken to referring to our summer abode as such in the copy of invitations to friends and even between ourselves.

Although this appellation is tongue-in-cheek, the Love Shack functions as a greenhouse for my nearly 27-year-old relationship with HOBB, nurturing our private, shared life, cocooning us from the swirling drama of the outside world, sheltering us, providing us with a sanctuary for that which is private and closed to others.

While our summers are enhanced by friends who visit and friends who have bungalows of their own in other sections of the colony and sweetened by the presence of our kids and their friends and beloved family members, there is nothing quite like our Shabbat breakfasts in tandem on the porch or reading together outside in the shade of the woods or walking for miles along the country roads or our intimate embraces in the velvet darkness or optimistic sunshine, the duet of our heartbeats echoing within the wood-paneled walls.

Since my very first bungalow summer in 1995 when I was the 34-year-old mother of three young children, I have been moved by the sight of those couples of advanced years whose summer memories are built of an unbroken chain of bungalow memories. I like to imagine that after a certain number, say twenty, the summers blend and tumble together like heedless children rolling down a great, grassy hill.

Stand strong, Love Shack! Be our Eden, our secret clubhouse, our steady ship in an often-turbulent sea. Nurture and protect us and those we love. Surround us with the sweet memories of tumble-together summers and strengthen the bond that only we two share. Inspire us to be the best we can be for each other. Reveal to our children that great bungalow secret -- that nothing begets intimacy like simplicity.
Posted by Shira Dicker at 1:08 AM 5 comments:

The Book of Lamentations 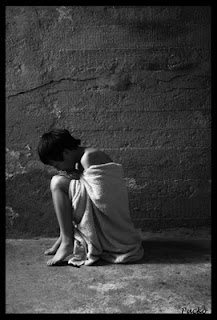 It's a bit early for Tisha B'Av but never too early to organize a global gang-bang against Israel.

The reason this time? The Gaza Flotilla Fiasco.

Because of the top billing given to this news item, because of the plethora of op-eds and columns and analyses and statements and newscasts and special reports and punditry and explanations and ongoing coverage since it broke on Sunday, it feels unnecessary to recap the story.

Still, when I review the details in my mind, I am filled with astonishment at the reflexive worldwide condemnation of Israel, the penchant to cast Israel in the role of murderer or aggressor when, at the very most, it fell clumsily into a public relations ambush or failed to be utterly brilliant and clairvoyant. Yes, there were casualties...which seems to have been the whole point of the provocation. And we could argue for the next century about whether the Gaza blockade is a good idea but even if it is misguided, it must still be observed until it is lifted.

Israel's sovereign right to defend her citizenry against a possible attack by a ship filled not with kumbaya-singing flower children but with those intent upon stirring up violence inspired an international instinct to isolate Israel, casting her as a pariah among nations. And when the isolation of Israel or Jews is an irresistible impulse, no barrage of facts in Israel's favor will reverse world opinion.

But this is an old story, as old as the history of the Jews.

For this I weep.