Two years ago, at the request of my literary agent, I embarked upon a novel with a titillating, marketable title and a wholly improbable yet engaging premise.

Starting at about the 10th version, the premise of the novel changes dramatically.

By the 17th or so, it reverts back to the original.

For a while, I lied to my agent, enthusing about how well the novel-writing was progressing. I didn't really see these progress reports as utter lies, rather, optimistic forecasts of what was surely to come.

Then came the day when I simply stopped calling her.

After a while, she stopped checking in with me.

It took two years but I have finally admitted to myself that the concentration or constitution required for novel writing is not mine.

And I see this not as an admission of failure or weary waving of a white flag but as a bold statement of self, an assured assertion of what I truly am, at least in the realm of fiction writing.

I am a writer of short stories.

You see, this whole novel-writing undertaking resulted from the feedback my agent and I received after sending out a collection of short stories I had written.

The consensus was that editors liked what they read but wanted to see a novel, not my novella-length stories.

As a significant portion of my professional life interfaces with the literary marketplace, I knew this to be true and embraced the advice with a nose-to-the-grindstone, can-do spirit.

I quickly decided on a title and the plot fell into place.

And I was off, writing by the light of the moon.

Oh what a book this would be...urban, witty, satirical, contemporary, allegorical in a way.

Racy, yes, but really a tease of sorts.

The sexy-sounding title was a device; the work was a novel within a novel.

And then, the writing process fell apart. Or simply vaporized.

One day there was a novel I was working on.

The very next day, it disappeared.

But of course, it never existed to begin with. It was a phantom, a concept at best.

I like the image of all of those earnest paragraphs rising upward out of the computer files where they are imprisoned, being liberated, reunited with the great global cyber-oneness.

I see those ill-fated words as passengers on an artistic voyage of the damned, denied entry at the port of plausibility, being forced to sail back from whence they came...and there finding a safe haven.

Once that ship docks, it needs to be dismantled.

And then, entirely reconstructed.

For there is another ship that needs to set sail, it will have many compartments; it can be built in spurts and starts or by sustained effort, in daylight or midnight; it will be built to accomodate many lives and locales.

It may not conform to the dimensions of the marketplace but we all know that the marketplace is changing before our eyes...just as the sands of reality are shifting rapidly beneath our feet.

Some of those who patiently read my stories two years ago no longer have jobs.

Some of the publishing companies are nearly vapor.

Sail on, ship of self, vehicle of truest self-expression.

The horizon beckons; adventure is in the air.

Posted by Shira Dicker at 9:32 PM No comments:

Oh, That Magic Feeling...Nowhere to Go 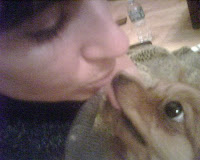 I am haunted by time, exquisitely aware of my personal hour-glass running empty.

Sometimes I even feel persecuted by dwelling within time; it begins to take on spatial dimensions, moving in on me like the walls of a room designed by a demented scientist.

Since I was little, I have anticipated endings. Arriving in school on the first day, I knew that the final day of the school year was just a breath away.

At the start of a vacation, I realized that I would soon be able to fold that day against the last day easily, like the end-pages of MAD Magazine, with their A's and B's and C's and D's that need to be matched up in order to yield an entirely new picture.

Truncated in this manner, the true essence of my vacation would be revealed by the folding inward of time.

And though I do not dwell on the thought, I suspect that it will be this way at the end of my days, a folding of front to finish, the gleaning of a new picture that had eluded my view throughout the journey.

Perhaps there is some word, as yet undiscovered by me, that describes this heightened awareness of the finite nature of time within the realm of human existence. Perhaps it is a word that I already know and simply cannot call to mind.

This word characterizes an essential aspect of my perception.

Often it is twinned with the imperative to create something lasting within the finite framework of my lifespan -- a basic human impulse.

And the greatest impediment to achieving this goal is the state of over-busyness, a condition where frenetic energy is expended, where there is motion and the illusion of accomplishment but very little of lasting worth is created.

In the age of the BlackBerry, which nearly single-handedly stretched the boundaries of the workday to the outer perimeters of 24/7, over-busyness has become the universal rule and not the exception.

Many of the people I know have become victims of this ethic and something profound is happening to our humanity. Our patience and attention spans have become abbreviated. Time with friends and family has become a luxury…sort of like working out or reading for pleasure.

(Here is where I could insert the commercial for Sabbath observance, where it does indeed belong. The issue of how restful Shabbat actually is if observed according to Jewish law is certainly up for discussion, but let us agree that the Day of Rest is a genius concept. Still, I am intent on restoring balance to more than just one-seventh of my life.)

In the course of a phone conversation with an exhausted friend earlier this week, I suggested that we need a national, perhaps global movement to stop the madness. A worldwide lunacy has taken hold that is bigger than any individual and we get sucked in because there is a level of busyness where we feel cool and powerful and relevant. Like players in a big important game.

This is the biggest con of all.

Over-busyness is a drug and like wildly promiscuous addicts sharing infected needles, we are spreading this pandemic, becoming the willing executioners of our collective sanity and quality of life.

I don’t want to be simplistic and neglect the important fact that over-busyness in the professional sphere is usually directly connected with earning a living. That piece has to be worked on.

And in this post-Madoff, post-economic collapse landscape, it is indeed preferable to be losing one’s mind by working too hard as opposed to losing one’s house by having no source of income.

But there is still the other manifestation of over-busyness, this terrible ethic of over-scheduling personal time as if unstructured time was a poisonous serpent crouching in the doorway, waiting to strike a deadly blow.

I would like to abolish the concept that "keeping busy" is a virtue because it is based on the false notion that contrived activity is better than slow-paced contemplation or, as the Beatles put it -- “that magic feeling…nowhere to go.”

Worlds are conceived within the chrysalis of a single clear thought.

Solutions appear -- bold, brought to sudden life as if by the sprinkling of magic powder over invisible ink.

Insight and epiphany drape themselves artfully across the mantle of the self, waiting to be discovered and lovingly worn.

I long for the arrival of unstructured days with just the lightest scaffolding to hold them together. Such days frequently occur while traveling. There is an ease and a comfort with the clock, the absence of deadlines or responsibilities, the gift of space, permission to think and stretch out within unbounded time.

There is the delicious opportunity to be blown by the winds of chance.

There is the prospect of adventure.

Even as I join an international army of zombies slogging through 16 to 18 hour work days, living a life that is busy to a fault, I grab fragments of sweet-smelling escape, savoring a unique thought, closing my eyes, sharing a tender moment with a happy, furry little friend, dreaming of defection, of the start of a glorious revolution against over-busyness and the magical new age of nowhere to go...and everything to be gained.