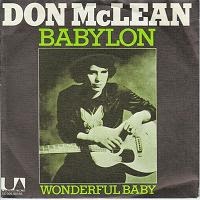 I promised this blog post in the morning but was so hypoglycemic from fasting that putting sentences together in any coherent form was beyond me...let alone thinking about how I felt after last night's extraordinary event -- Broken: The Night of the Ninth of Av -- at Plaza Jewish Community Chapel, co-sponsored by Lab/Shul and Romemu.

Now, as the arc of the afternoon passes and my blood sugar has long since stabilized, I gratefully grant myself time to reflect and write.

Half a year before Yom Kippur approaches, I find myself dreading its approach as it feels unnecessary since I spend most of my life in deep introspection, searching my soul. I know this is arrogant in a nearly adolescent way, so I fight with myself, embrace the utility of Yom Kippur and enter into the day with high hopes, even if I drag my feet along the way.

In a similar spirit, I dreaded Tisha B'Av's approach this summer as the devastation it commemorates is too frighteningly tangible; as the descriptions of a newly-destroyed Jerusalem seem to resemble what we have been seeing out of Israel and Gaza.

And I was sad that I felt this way because I have always loved the melancholy of Tisha B'Av, the drama of the lit candles and the dirges and the poetry of gloom.

Now I see very clearly that the romance of Tisha B'Av was only possible from my 20th Century American Jewish perch. Now I see that Tisha B'Av is not a feel-good tear-jerker, that depressing movie we love to cry our eyes out at, again and again.

Still, despite my dread, I sought the comfort of community and went -- with a large measure of anticipation -- to Broken.

(I went alone, as HOBB went to Ramath Orah, the warm and dependable Orthodox synagogue that is his spiritual home. Ramath Orah is HOBB's community and he needed its embrace as surely as I sought my own sense of comfort. Still, when he failed to even offer to accompany me, I felt betrayed by his lack of adventure and spiritual partnership.

I also felt abandoned by his lack of acknowledgement that this Tisha B'Av was indeed different and warranted different rules, including the rule of togetherness. Then, as I neared Plaza, I realized that this day was a journey I needed to take alone. Indeed, I am writing this post from our bungalow, upstate, where I retreated to be alone.)

There was the stunned and silent audience, unusual for a Jewish crowd anywhere.

There were the intermittent songs of sorrow, traditional, timeless, transcendent in their beauty, saturated in a sadness that was unabated even by the audience's clapping or swaying.

There was the reading of The Book of Lamentations, nearly unbearable this year, ripe with the pornography of destruction, bearing the stench of the nausea that arises from watching concentration camp footage shot by proud SS officers.

There were the broken voices and faces of our rabbis, our leaders who were too broken to lead us, who offered us their brokenness instead. I gazed at them and saw frightened boys. I felt maternal compassion pour forth for these young Jewish men, brothers of our fallen soldiers.

They promised discomfort. They delivered it and in their authentic pain, they took us to a place beyond the borders of where I wished to be.

Stranded there, I did not experience the solace of community.

Instead, I felt alienated, abandoned again, perhaps a multitude of times.

Over the course of nearly an entire day I have thought about what took place last night on Amsterdam Avenue, reluctantly re-entered that place of cosmic aloneness.

And after 24 hours -- from the safe perch of the departure gate of Tisha B'Av, I finally have insight. It comes from a place of deep honesty, of the fine-honed habit of introspection.

Last night, my overwhelming need was to sit in the sadness of the unique sorrow of Jewish Peoplehood.

Last night, I wanted to grieve for my own, my loss, our loss, that thing we had just one month ago -- peace, peace of mind, heedlessness.

But instead, last night I found myself led out of the communal shiva house and into an unrecognizable  room whose walls bore charts with the allegations of our own sins and wrongdoings.

There was despair in that journey and in that cramped space. And something that felt to me like dishonesty.

Or perhaps truth but not the truth of Tisha B'Av.

Instead, there was a quality of Yom Kippur -- public confession: Al Chet!! -- in that place.

And that felt foreign or at least premature.

Soon enough, Yom Kippur will be upon us and we can confess to all of our sins.

But for 25 hours, I only want to dwell in the destruction of our dream.

On this day, I don't want to be forced into universal consciousness for I dwell in that domain during much of my life.

On Tisha B'Av, I need to experience the brokenness of the Jewish People.

And I only want to weep for the Jerusalem I once knew.

Posted by Shira Dicker at 6:20 PM No comments: