How to be a Real (Un-Entitled) Mother Superior 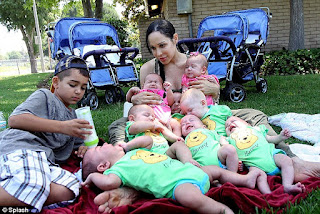 Welcome, readers and trend-watchers, to the latest mishigoss, the Bebe Mom, aka Pamela Druckerman, author of the recently published instant bestseller Bringing Up Bébé: One American Mother Discovers the Wisdom of French Parenting, which casts a reproving eye at indulgent, no boundaries, graceless American parenting and finds a more commendable model in the way it is done in the birthplace of Dominique Strauss-Kahn.

(Actually, there is something else far more compelling that relates to Strauss-Kahn and Druckerman that I am ALSO writing about, so stay tuned...but first read on....)

Whether the Chinese or the French have nailed the secret to successful mothering is obviously up for a good, long debate...as is the question of which nationality will vie for the title of Mother Superior next.

One thing is for certain: as of yesterday, the Upper West Side of Manhattan was not even in the running, based on a random sampling of the mommies shepherding their kiddies to and from afternoon swimming at the JCC in Manhattan. For them, I would have to invent an entirely new competition with several, closely related categories: Most Self-Involved Mother; Most Obnoxious Mother; Most Inconsiderate Mother; Mother Most Oblivious to the Elderly Woman Waiting for a Shower; Mother Most Rapidly Texting While Her Kid Slams a Locker Door In Someone's Face; Mother Most Likely to Trammel Over the Needs of Everyone Who is Not Her Own Kid.

These clever categories were inspired by the crop of moms I encountered circa 1:15 p.m. in several areas of the women's locker room -- in the shower section, in the blow-drying section and the section set off by a curtain and festooned with two legible signs that proclaim the area for Adults Only, no kids under the age of 14 allowed.


Last week, I wrote about Subway Blindness Syndrome but this ailment has obviously spread aboveground for as recently as yesterday afternoon, old ladies waiting in towels for showers became amazingly invisible to the young women who were hellbent on showering their kiddies and getting on with their own busy, busy days. You could tell just how busy these women were by the amount of texts they sent during the time they were ignoring the old women -- and most everyone else -- around them.


It evidently never occurred to any of these mothers to let one of the elderly women ahead of their own kid. As I stood in my towel, I can report that the wait for an available shower was at least ten minutes long. Ten chilly, humiliating minutes for a senior citizen to stand in a towel while little kids scampered around her and mothers were utterly blind to basic principles of respect.

Which brings me to the Adults-Only section of the locker room.


In this area, as I previously stated, signs proclaiming the area off-limits to kids are mounted on opposite sides of the room which is set off by a curtain, to further underscore the idea that this area was for people who sought some privacy.

Which is why I was more than a little surprised to walk into the area and find an entire bench monopolized by a thirtyish mother and her young charges, changing into their clothes after an afternoon swim. Surrounding the bench were mounds of their soggy towels. Surrounding the soggy towels were their open bags, clothes spilling out.

In short, to access my locker, I had to push a used towel with my foot and step over a bag.

To gain a couple of inches of bench space, I was forced to ask the mother to move her stuff over.

Still, nothing registered in this woman's countenance except for some kind of miffed annoyance. She moved not an inch. Her little kids, though, stopped getting dressed and became watchful, evidently feeling the tension. Poor things, it wasn't their fault their mother was a failure at the rudiments of social etiquette.

Certain I wanted to avoid an all-out confrontation, I took a giant step around the mother, her brood and their mess and skipped off to fetch the Ruler of the Locker Room, a sassy, super-competant salt 'n pepper-haired JCC staffer who is regarded as a cross between an oracle, a goddess, a beloved grandmother and a celebrity for her sometimes caustic yet invariably wise, no-nonsense approach to, well, everything.

Fortunately, she was seated at the welcome desk.

As I explained the scenario, she rose from her seat. "They still there?" she asked me, heading for the locker room, but not before retrieving a moving coat rack from the clutches of a three-year-old boy whose mother or nanny was texting madly (again the texting!!!) on a nearby bench. As she entered the locker room, she turned to give me a look.

It allowed me to let go, if only for a moment, of my on-going irritation at the unbearable entitlement I encounter daily -- in the locker room of an Upper West Side community center, in stores, in restaurants, on public transportation and private events alike --  that is exhibited by parents who behave as if they and their off-spring were the absolute epicenter of a universe presided over by the God of Extreme and Utter Selfishness, Moral Myopia and Rude Disregard of Others, Especially Old Ladies Shivering in Towels.
Posted by Shira Dicker at 7:45 PM No comments:

Loco Parentis: Or How An Entire Generation of American Day School Parents Lost Their Minds and Sent Their Kids to Wacked-Out, Right-Wing, Repressive and Otherwise Insane Israeli Yeshivot 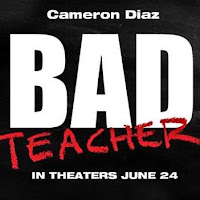 This afternoon, I was utterly mesmerized by Gary Rosenblatt's column in the recent issue of the New York Jewish Week.


Entitled, "Lessons from the Rav Bina Story" it was a follow-up piece to an article that appeared two weeks earlier, co-authored by Rosenblatt and Yedidya Gorsetman, a Yeshiva University senior and the younger brother of my friend Atara. The two presented a disturbing portrait of the charismatic but highly controversial Rav Aharon Bina, the head or rosh hayeshiva of Netiv Aryeh, a popular boys Orthodox yeshiva in Jerusalem's Old City, endorsed by many important Jewish institutions, including Yeshiva University. Netiv Aryeh is one of many Israeli yeshivot where Jewish high school graduates spend a year (or two) before starting college. The trend to send one's son or daughter to Israel before college has grown dramatically over the past two decades, becoming something akin to a religious obligation, a badge of allegiance to Jewish peoplehood, a way for parents to inoculate their nice Jewish offspring against the Sodom and Gemorrah of the American college campus...or so they think.


Returning to Rav Bina, the issue raised by Rosenblatt and Gorsetman in their well-researched article is his, um, unorthodox approach to education and discipline:

Credited with transforming many troubled American students who had been branded hopeless by other educators, and taking motivated young men to a higher level of learning, the 63-year-old rabbi is praised by several leading American rabbis as having been a wonderful educator for more than three decades. And his yeshiva, supported by prominent philanthropists, including businessman Ira Rennert, is a major — and approved — feeder school to Yeshiva University.

But a significant minority of former students, employees and colleagues maintain that Rav Bina is controlling, manipulative and emotionally coercive in ways that would never be accepted in other schools. In what has become known throughout Israeli yeshivot as “Bina Stories,” he is said to regularly yell at, humiliate and insult students in public; threaten to expel them for seemingly no reason (and make good on that promise with a few every fall, sometimes without first notifying the parents); press psychologists he hires to share private information about the students he has sent them; and tell those in disfavor that they are cursed.

The January 27th Jewish Week article ignited a firestorm of response, some of it defensive, most of it corroborating the allegations of abuse. Rosenblatt's column in this week's paper opens with the nearly unbelievable Facebook message Gorsetman received from Rabbi Avi Fuld, also of Netiv Aryeh:


“I don’t know who you are and I am not trying to threaten you in any way,” the rabbi began. “I see that you are friends on FB [Facebook] with many Netiv guys and I hope they come to their senses and drop you like a dead fish. 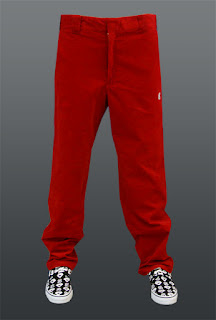 We've been sleeping in the living room of our Morningside Heights apartment for the past week, our massive king-size bed entirely filling the square of space in our north/west facing living room.

Due to the exposure, sweet cold air swirls around us at night and sunshine spills in early in the morning. Because we overlook the Columbia campus and face classrooms and dorm rooms alike, we dress and undress in total darkness or with shades drawn or in another room.

The renovation, ordered by Columbia University, began a little over a week ago and as these things go, it is taking longer than anticipated. Our bedroom has been a worksite for the past eight days with floors ripped up and replaced, the ceiling pulled down and rebuilt, the walls primed for a fresh coat of paint -- a vibrant Benjamin Moore blue whose swatch card and name and number I cannot find because I am typing on a folding card table in the dining room surrounded by mounds of furniture, clothes and dogs.

I have been circulating the same outfits over three or four days, too stressed at the prospect of digging through drawers that open only a couple of inches or entering the walk-in closet that is stuffed with suitcases and books and other stuff that had formerly been in our room. I am trying to look as clean as possible, make sure that at least I have on clean underclothes.

Because the workers arrive so early and the bathroom is opposite my bedroom, aka the construction site, I am trying to shower at the gym, then again, I haven't been getting there every day.

HOBB and I are about to kill each other, in fact, he went psycho on Sunday night when I returned from  watching the beginning of the Super Bowl at a bar on Amsterdam Avenue. Well, he waited until after we ate our dinner of fresh salmon, which I picked up at Fairway before going to the bar. And then he went psycho, compelling me to leave our apartment/construction zone and watch the final hour of the Super Bowl at another bar on Amsterdam Avenue.

En route to the bar (the second time) I called Little Babe (who was in his bedroom doing a lab report for Physics at the time) to make sure he knew that everything his father had yelled at me was due to the extreme stress he was enduring in the construction zone of our apartment.

Which doesn't mean that I am as understanding...or forgiving.

Read more »
Posted by Shira Dicker at 9:05 AM No comments: