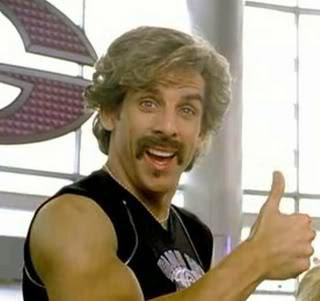 My fellow Americans.
It is with a heavy heart that I second House Minority Leader Nancy Pelosi in strenuously calling for Representative Anthony Weiner's resignation after or even before he returns from his treatment at the Hospital for Public (Male) Figures with Irresistible Self Destructive Urges.
Not because of the cock shot (s).
Not because of the Facebook correspondence wherein the word "pussy" appears with disturbing frequency.
Not because of his comments about Jewish girls and oral sex.
Not because of his hairless pec shots.
Not because of his lies to the American public.
Not because of his penchant for "kosher," that is, virtual, cheating.
Not because of his misuse of social media.
But because of the gym shots released by TMZ, posted here courtesy of the NY Post because I like their coverage.
The latest Weiner pix show more than his pecs, nether regions or abs.
They reveal a man who is a raging narcissist, who is THAT GYM GUY, the one who pauses to check himself out in every passing mirror before he checks YOU out.
It turns out that Anthony Weiner is that self-conscious dude who gazes in admiration at his own biceps as he pumps iron, who uses his iPhone or BlackBerry as a mirror to fix his face, who goes to the bathroom to practice his moves in private in an effort to be a chick magnet.
Weiner is that guy whom you suspect of watching your butt when you are on the elliptical; who seems to catch your eye every time you walk across the gym floor.
Somewhere between irritating, pathetic and stalker-like, Weiner is a known quantity.
The thing is that, until very recently, we simply didn't know it.
But now that we do, it's pretty clear that he's gotta go because the American public deserves more than Congressman Creepy Gym Guy.
Posted by Shira Dicker at 6:06 AM No comments: 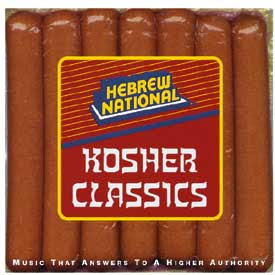 I've always loved the word brethren. It has such an Old Testament sound and spirit. It feels good exiting one's mouth. It is classic and dignified.

I associate the word brethren with my dad the rabbi and with Conservative synagogue services, especially those that took place in that rocking era for the movement, the 1970's. In those long-gone days, I loved sitting in shul on any random Shabbos and listening to the hymns recited intermittently in English, which thrillingly utilized such antiquated words as brethren. I recall that more than one such hymn began, "O God and God of our Fathers" in the days of pre-feminist liturgy. At least a decade away from female ordination within the movement, few quibbled with the ubiquitous male imagery in our religious language. Though I appreciated that the word brethren was meant to be gender-inclusive -- in that male-is-normative way -- I always longed for a feminine equivalent but wondered what it would be. Sistern?

Well, the good old associations of dignity are forever shattered for me as I watch my brethren, that is, my Jewish brothers, disgrace themselves publicly in breathtakingly sordid ways.

The latest is, of course, the current non-stop entertainment fest known as Weinergate.

And even as I've tuned into every fascinatingly sleazy detail, practically drooling with transfixed attention, I am soul sick about the fall of yet another seemingly smart and decent (and married) Jewish man, another example of something that seems to be the result of hubris, insanity and the wish for self-immolation. With DSK there is a whole cultural overlay that has to be factored in; he is truly a visitor from another planet, the planet of public disregard for the sexual exploits of politicians. A planet where the sistern or women in general roll their eyes or forgive or ignore men's cheating; a planet where poor immigrant women come to expect harassment or abuse from men in power. The French are appalled at the "treatment" of DSK by our judicial system. So, again, he possibly belongs in another category.

With my homeboys Weiner and Spitzer, though the misconduct is sexual, I don't know if out-of-control sexuality is really the matter. Yes, it is obvious that libido is involved but these copycat crimes are really about something else. Governor Spitzer was revealed to be a hypocritical sleazebag and Congressman Weiner just some pathetic middle-aged douche flirting and sexting via Facebook and Twitter.

It's just so freaking depressing. Married to women who are accomplished and attractive if not beautiful, both appear to have some kind of inner eject button, a wish to self-implode.

Not that I feel sorry for them.

I actually feel sorry for us.

And by us, I mean, the Jewish People.

Once upon a time, Jewish men, especially Jewish husbands, had a sterling reputation. So sterling that non-Jewish women wanted to wed them, which is exactly what happened with Spitzer and Weiner.

There has been a level of gossip within the Jewish community linking the fact of Spitzer and Weiner's shiksa spouses to their misdeeds though it is unclear what is cause and what is effect or if there is any connection worth noting.

Obviously not every Jewish politician who marries a Christian or Muslim woman is destined to act like a dickhead and destroy his political future. But perhaps Weiner/Spitzer's choice of non-Jewish spouses is based on their own queasy feelings about being Jewish or wanting to raise Jewish children. Maybe they are bringing themselves down BECAUSE they are Jewish, acting as their own inner Nazi stormtroopers, crafting Final Solutions for their public careers, acting like pigs because they secretly believe that Jews are swine.

Attention brethren. You are seriously pissing off this particular sister. I'm happy to share my tribal membership with you but only if you stop perpetuating the stereotype of the Dirty Jew.
Posted by Shira Dicker at 8:49 AM No comments: