The Watcher in the Night 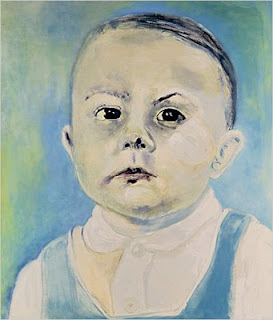 It's been over a month since I blogged.

Not for lack of material to write about.

For lack of mental space.

In other words, Sheer Overwhelm.

This business of watching your kids grow up is grueling. It is at once exciting and thrilling and beyond belief that you have spawned humanoids who are your size or larger, who can borrow or steal your clothes, who always seem low on cash and perk up at the mention of eating out, who want you around... in judicious doses, who go through marvelous relationships and heart-rending breakups, who suddenly seem to take up more space and time than previously...and then who vanish back to their regularly-scheduled lives, leaving you relieved and bereft at the same time.

So, first Big Babe came home from his perch in Berlin...and then, a week later, Middle Babe returned from her South African adventure. Looking pretty much exactly as I remembered them, they seemed truly joyous to be returned to their mothership, delighted to be back in New York City, happily reunited with our family apartment, with their friends, with my cooking, with us.

There were a few bumpy patches in their relationship with the sibling still at home, their lil bro' Little Babe, an eighth grader -- nothing major, just a low-grade, simmering resentment that took the form of barbs and comments and meanish observations to us about the various ways in which we were screwing up in our parenting of him.

When last we were together, it was for his exuberant, weekend-long bar mitzvah this past June and shortly afterward the older sibs departed for their respective adventures. I can still recall my pride and relief at the family harmony that prevailed during this time.

Now, re-entering the family home after their several months' absence, I felt the older two carefully sniffing around, trying to ascertain exactly how much extra love and attention the youngest sibling was getting in their joint absence.

Which I see as perfectly natural.

In any case, it is well over a month since Big Babe got off that plane from Berlin, unshaven and mustachioed and wearing a Eurohipster get-up, which we teased him about for weeks. And it is just over a month since Middle Babe returned from Grahamstown, South Africa, looking resplendent and rested despite a 23-hour journey, proudly sporting the tan she got in Port Elizabeth.

This evening, we drove Big Babe to JFK to catch his flight back to Berlin, and I am sad and wistful and happy that I blew off work midday to go to the Marlene Dumas and Miro exhibitions at MOMA with him.

In a few weeks' time, Middle Babe returns to her college in Maryland and a certain tranquility will be restored to our apartment. Little Babe is a relatively low-maintenance child, not yet in the habit of having friends over at all hours, though he is up now, well after midnight, watching The Wedding Crashers with his friend Joe, who is sleeping over tonight...and possibly the next three nights, and he had his friends Mo and Colin sleep over Saturday night, but still, they are relatively small people occupying our not-large apartment, somehow less obtrusive than the sleepover guests of Middle and Big Babe, who are our size or larger.

This business of parenting children who grow up, leave, come back and then leave again, is fraught with emotional peril. I am a mother who has always celebrated days off from school, unstructured time with my kids, snow days, Sunday adventures without end. I have hardly minded when HOBB left the kids solely in my care in order to finish writing a book or a project, in fact, I often breathed a deep sigh of relief.
Being with my children, I often feel most like myself.

This time, however, with everyone around, there was palpable tension as our family struggled to find its equilibrium now that so many variables had changed. Two of the members are older than 20 now, the youngest -- so long a baby -- is now a teen. One has traveled halfway around the globe and seen things none of us have. Upon her return home, she proclaimed her vegetarianism. Another has forged a life and career for himself in a foreign country and language.

And the parents have changed as well, with one settling into middle age in quantifiable ways, and the other more restless than ever.

So here is a snapshot of our new family-in-transition, taken in the middle of the night, two days before the beginning of the New Year, on the heels of the most astonishing political victory of our lifetime, on the cusp of a terrifying new future, from the ashes of the Bernard Madoff scandal, in the early throes of a dangerous war in Israel and Palestine: one family member -- the eldest son -- thousands of miles away, six hours into his flight, nearing his adopted home in Berlin; another -- the middle child -- our only daughter, asleep in her loft bed at our home; the third child -- our youngest son -- watching a totally inappropriate movie on our couch with his buddy and our dogs; the father, the husband -- long asleep -- snoring softly in our bed; and finally, the fifth member -- me -- the mother, the wife, the watcher in the night, writing to seal this moment as a fly in amber, as an aerobic activity for my restless soul, as a balm against sadness.
Posted by Shira Dicker at 12:20 AM