Beyond the Kardashian Wedding; Some Words on the Essence of Marriage 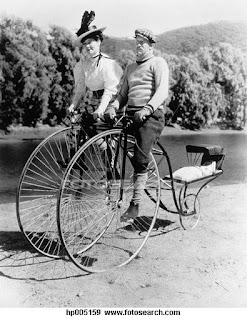 There are a number of things about contemporary pop culture I will never understand. One is the appeal of so-called Reality Television. The second, closely-related, is the public's interest in the stars of this realm, chiefly the insipid bunch known as the Kardashians.

I'll skip the feminist rhetoric about how heinous these young women are as role models for girls and the moral finger-wagging about the shallow, mega-materialistic values they hold. I'll even mute my own outrage at the media for being as fascinated with them as they are with themselves. What astonishes me beyond belief is the press coverage that the $10 mil coronation wedding received and now, 72 days later, its unraveling.

Waking up today, my Twitter feed is flooded with items related to the pseudo-news of Kim and Kris's pending divorce. Naturally, I am hard-pressed to believe anyone took the marriage seriously to begin with, but that's another matter. To counteract the annoyance that is beginning to cloak me like an itchy garment, I scroll back three days to recall a rather remarkable talk I heard about the essence of real life-partnership.

This past Saturday, I, like many devoted shul-goers, trudged through the prematurely wild and without-warning winter weather to make it to services. My resolve to endure the mile-long hike while large, yeasty snowflakes flew all around me was hardly inspired by religious motivation; rather, it was an expedient, diplomatic move. An inconstant member of my minyan, I wanted to show my face in services at least once before next week when I am scheduled to read Torah.

While initially grumbling to myself that I picked a doozy of a day to put in face-time at shul, I found my devotion rewarded a short while later. There was an aufruf taking place for Elana Berkowitz -- the daughter of Dina Rosenfeld and Howard Berkowitz, one of Minyan M'at's founding families -- and her fiance. I grabbed a siddur and a seat. As my nose, toes and fingers thawed, I was treated to an exquisitely-wrought address by the bride-to-be's father on the essence of marriage, that is, life-long partnership.

Though the hour was late -- well past the noon mark that often signals the natural end of Shabbat services -- there was not an impatient listener in the crowded fifth-floor room. In fact, as I looked around the room, I saw people actively sniffling, dabbing at their eyes and, in a few cases, sobbing quietly.

Elana, Ed, on your e-invitations to the wedding you had an image of a two-seater bicycle with the statement “we have decided to go tandem for life.”  The word “conjugal” in Latin means “to be yoked together”- to go tandem.  Whether it is side-by-side or fore-and-aft, you have decided to make the commitment to become sustaining companions for life, to pull together to get wherever you are going, to accomplish collaboratively whatever in this world you set out to do.  This corresponds to the Rabbinic ideal of marriage as the relationship of re’im ahuvim, loving friends.  This was so important it was enshrined in the sixth of the seven blessings which are said at a Jewish wedding: “O make these loving friends greatly rejoice even as You did rejoice your creation in the Garden of Eden of old.  Blessed are you, O Lord, who makes the bridegroom and bride to rejoice.”  In the Song of Songs (5:16) we read: “This is my beloved and this is my friend.”  The first “not good” in the Torah is found in Genesis 2:18-where it was not good for Adam to be alone.  Milton even had Adam choosing knowingly to eat of the forbidden fruit so as not to be separated from Eve.  The importance of romance in marriage is attested to by the most romantic statement in the Torah (Genesis 29:20): “So Jacob served seven years for Rachel and they seemed to him but a few days because of his love for her.”  Chayim-“life”- a word we refer to constantly in Judaism, is actually a plural-“to lives, to lives, l’chaim….”

In your aufruf parsha, God chooses Noach of all people living as a partner to do the work of saving a remnant of life on earth because Noach was found to be “blameless in his age” and God tells him “…you alone have I found righteous before Me in this generation.”  These two hedging comments suggest that Noach was simply the best of a mediocre bunch.  Last week, in Bereshit, we heard, in a long list of Adam’s descendants, how the repeated pattern of the generations was disrupted with the entry for Enoch:  “..Enoch walked with God 300 years…Enoch walked with God; then he was no more, for God took him.” (Gen. 5:22-24)  Later God will establish favored relationships with Abraham, Isaac, Jacob and Joseph with only the first being in any real sense reciprocal.  God casts about in each generation seeking some sort of partner to work with.  But God does not find a great and true love until Moses.  The intimate relationship between God and Moses is perhaps best hinted at by this passage from Exodus (32:9-11):  “The Lord further said to Moses, ‘I see that this is a stiffnecked people.  Now, let Me be, that My anger may blaze forth against them and that I may destroy them, and make of you a great nation.’  But Moses implored the Lord his God, saying, ‘Let not Your anger, O Lord, blaze forth against Your people….’”  As with any good couple, God shares thoughts with Moses in order to elicit a response and the help needed.  Exodus Rabbah boldly makes this emotional reciprocity overt in stating that when God waxed hot, Moses would be cool and when Moses waxed hot, God would be cool.  Their unique relationship is clearly stated by the Torah in Exodus (33:11): “The Lord would speak to Moses face to face, as one man speaks to another” and Deuteronomy (34:10): “Never again did there arise in Israel a prophet like Moses-whom the Lord singled out, face to face….”  It is almost as if the metaphor of the marriage of God and the people Israel, which is used extensively throughout Tanach and Midrash, is said of God on the rebound from God’s grief over the loss of Moses.  To human understanding, even God needs to be married.