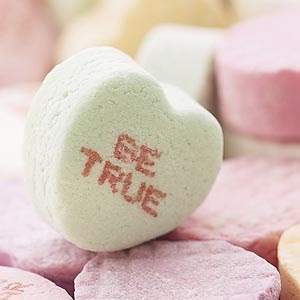 When I made the decision, nearly 20 years ago, to veer from my childhood ambition of being a full-time writer in order to toil in the groves of public relations, my action was informed by the most practical of considerations:

As the mother of children I wished to raise and educate Jewishly, I needed to have a steady income.

As a freelance writer raising small kids, I had an integrated and organic -- if hectic -- lifestyle, chasing down feature stories that compelled me by day, being with my children on weekends and after school, writing late into the night.

For the New York Times's Westchester Weekly section, I wrote feature articles about the first female rabbi in the county; the battle of anti-floridationists; the struggle of midwives to gain delivery privileges in area hospitals; the muralist Alton Tobey; the comedian Marc Weiner; the herbalist Andrea Candee; a campaign to stop smoking in county high schools; the effect of homelessness on children.

For Jewish newspapers, I penned first-person columns about my family life and profiled famous people, such as Abba Eban, for Jewish magazines.

And I wrote a novel, never published in its entirely (though a chapter was published as a short story): Revelations of a Rabbi's Daughter.

My decision to halt personal publication was made in the middle of the Westchester night, sitting on the counter of our beloved Tudor home in New Rochelle, which we had just decided to sell.

It was done with stoic certainty but it was hardly easy.

The sad reality was that two writers with kids in Jewish Day School could not afford the mortgage of a home we had bought right before the real estate market crash of 1987.

We were house poor, but we were also poor poor, owing to my freelance income. Those Times articles, no matter how compelling, paid bubkes, and the Jewish publications paid even worse.

A family in the Greater New York area who aspired to a Jewishly robust life needed to earn more money than we were making.

So I hopped over the invisible yet tangible fence separating journalism and public relations, never abandoning my writing self or sensibility, never forsaking my dreams, committed to working only on projects that compelled me.

For twenty years, I have done exactly that.

Yes, there have been moments of sadness that I have not given myself the time to write a second novel (though I have written numerous novellas and short stories) and I have railed against the high cost of Jewish education that forced me to leave my truest calling behind...or at least back burner it for two decades.

However, an awareness has been growing in me over the past year that perhaps the sacrifice I made was not completely sacrificial.

Perhaps my work in public relations -- first as an employee of non-profit institutions I revere and since 2002, as a consultant to countless causes, individuals and organizations I admire -- is also a calling of sorts.

Looking back at the successful promotion of people, places and things that are near and dear to me, my decision is looking less and less like a concession or compromise or pragmatic solution to being broke.

I have worked on important books and with important thinkers.

I have drawn audiences to important films and art exhibitions.

Devoted to the vision of Conservative Judaism, I have helped to reverse the narrative of decline surrounding this centrist approach to Jewish life.

In particular, involved as I am now with a high profile case involving the injustice of Agunah -- the chained woman whose ex-husband refuses to grant her a Get, Jewish writ of divorce -- I feel a sense of serenity and even good fortune.

It is becoming clear to me that the work I have done is not just about getting my clients' name into the paper but about changing things: people's minds; injustice; the social landscape.

Life unfolds in mysterious ways and the entire canvas is often hidden from view. I've been guilty of gazing only at fragments and corners, feeling restless and sad. I have regarded that which has preoccupied me chiefly as my failure to fulfill my truest calling.

But on this erev Shabbat, as I get a jump on a day that ends at 4:19 p.m. I have a rare feeling of peace about the non-journalistic work I have done. The wide canvas is revealed to me, perhaps only momentarily, and I see a marvelous mosaic, a body of work, something rich and meaningful.

And that feeling of completion acts as a comforting muse, inspiring the books and stories and articles that have waited patiently in the wings of my soul, waiting to be written.
Posted by Shira Dicker at 6:54 AM

Noel said...
This comment has been removed by the author.
9:02 AM